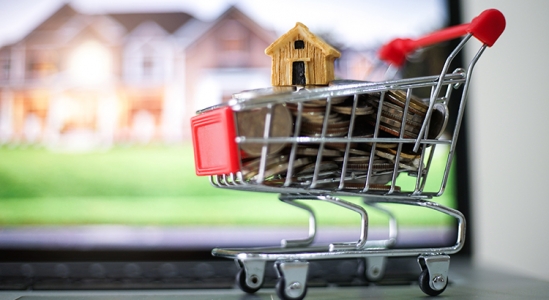 The residential real estate market has definitely been the shining light in this country’s current economic situation. All-time low mortgage rates coupled with a new appreciation of what a home truly means has caused the housing market to push forward through this major health crisis. Let’s look at two measures that explain the resilience of the real estate market.

The number of buyers getting a mortgage to purchase a home is a strong indicator of the strength of a housing market. Below is a graph of the week-over-week percent change in that number, as reported by the Mortgage Bankers’ Association: 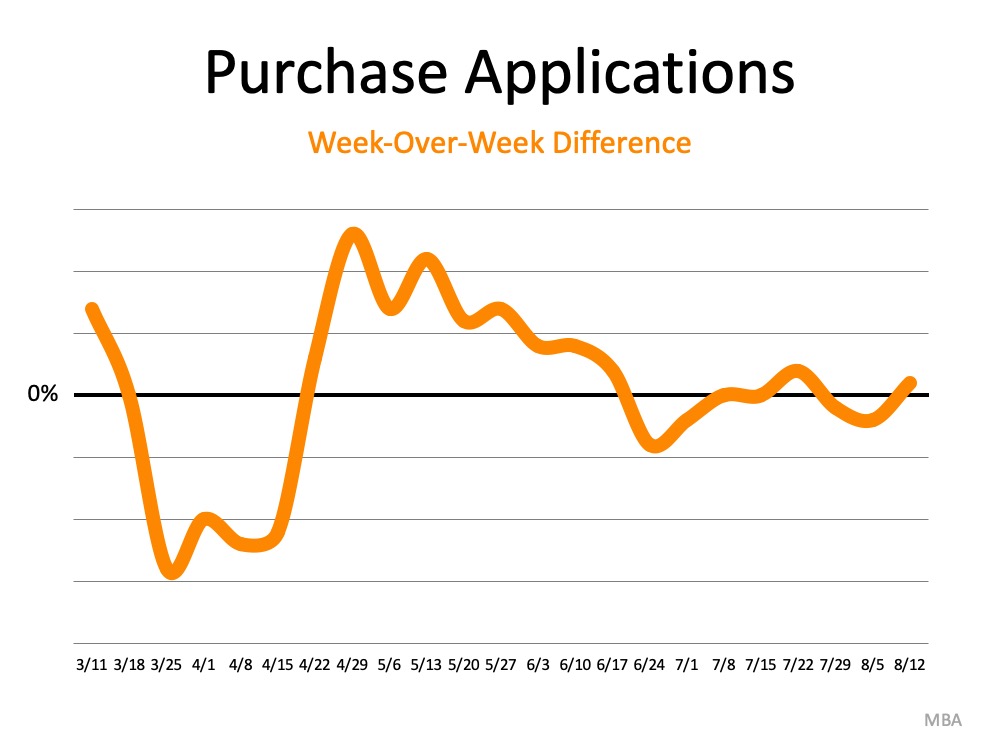 The number dropped dramatically in March and mid-April when the economy was shut down in response to COVID. It increased substantially from later in April through the middle of June. The strong increase in May and June was the result of the pent-up demand from earlier in the spring along with the normal business that would have been done during that time.

Since July, the market has remained consistent on a weekly basis, but still reflects a double-digit increase from the levels one year ago. The August 12 report shows a whopping 22% increase over last year.

Like purchase mortgages, pending contracts are also a powerful indicator of the strength of the real estate market. Zillow reports each week on the percent change in the number of homes going into contract. Here’s a graph of their data: 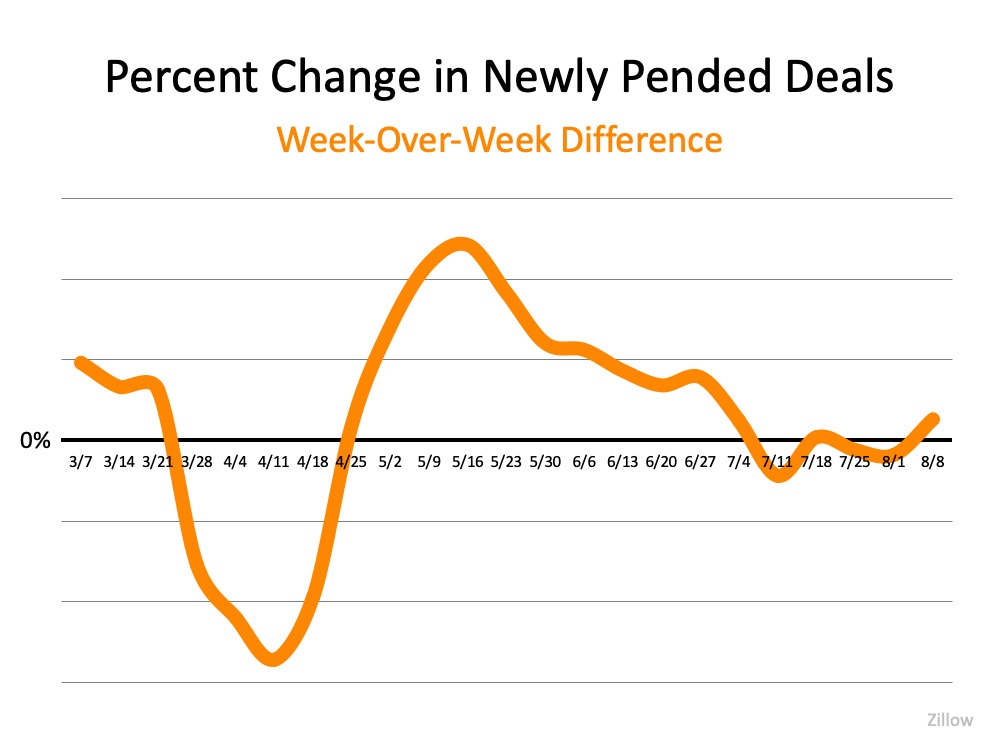 The graph mirrors the one above, showing a drop in early spring followed by a strong recovery in late spring and early summer. Then, in July, it settles into a consistent level of deals. That level, like the one for purchase mortgages, is well ahead of the level seen last year. The last report revealed that pending deals were 16.9% greater than the same time last year.

Both indicators prove the housing market recovered quickly from the early setback caused by the shelter-in-home orders. They also show that Americans have realized the importance of their homes during this time and are buying more houses than they did prior to the pandemic.